As you now know, we signed on with Living Water International. Before we signed on with them, we wanted to meet them, see what they were doing, meet the National staff, see where we would live, all that good stuff. We decided we were going to save the money, and instead of flying, find alternative transportation.  So, we took a two hour truck ride, waited for 5 hours, then got on a decent boat-not the normal Haitian boat with a bailor boy in front scoping the water out as you float along- then another crammed 3 hour tap tap ride into the city. It wasn’t too bad, just a long day. The sites were pretty amazing along the way, especially from the boat. 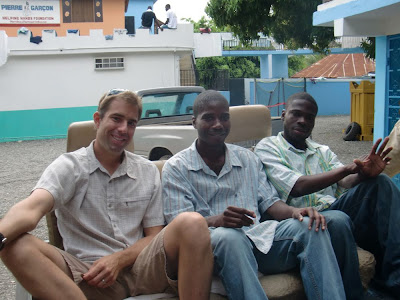 These two are a hoot! We asked them to come with us, cause Henry (the guy in the middle) is from Cap Haitian and knows the area well. Kirvins is just hilarious and entertaining 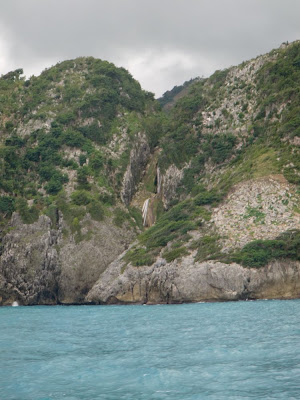 Isn't that so pretty.. can you see the waterfall???

It was a great visit. We were able to meet our new boss, solidify what we’d be doing, see the house we’d be living in, meet some neighbors, see the area.. it was so nice to do that and get some time to ask important questions we had too. God knows what we need before we do, and He met us right where we were at. We are  not disillusioned that everything will be perfect there by any means, but we are excited for what Living Water is going, and we are ready for a change.

The trip back was a little more, eh, rough. We decided to take a tap tap all the way, instead of taking the boat. We thought it would faster, and we did hear it was a very pretty drive. What we didn’t realize though, was how crazy those 8 long hours would be!! We were the first ones to the tap tap depot-a truck waiting on the side of the road. Tap tap’s are the public transportation here, and are pretty cheap. But that is certainly for a reason. At first, I was a bit annoyed when we showed up at 5am, and we were the first ones there. Until one hour later, when our truck was entirely too full to overflowing, and they were still trying to squeeze people on- I was thankful we were there first to claim our seats!! Picture it-a Toyota truck, with wooden benches nailed around all the sides. Rebar type bars for ‘support’ for you back, for the luggage, and seats for the unfortunate last two people who actually had to sit on it!! I thought it was rough on the wooden bench, boy was I wrong! And as we all were squished together, more people would still climb on and try to find a spot. Two people sat on top of bags of rice at our feet, three ended up sitting on the rebar bars, and the other 13 of us crowded together, touching shoulders, knees, legs, hands.  But that wasn’t the crazy part believe it or not, it was the fact that we drove on a road that I’m not sure was ever intended to be driven on. What started as a dirt path, some put stones on it to keep it from washing away, and others deemed it worthy for driving on. It was so bad in some areas, that we actually had to get off and walk while the truck clambered on without us and then waited for everyone to walk to it. I didn’t mind letting my legs stretch out a bit, any excuse to not sit on that bench any longer! One time, on such occasion, when I got off I noticed one wheel was completely off the ground. After that, I calmly got back on the truck and asked Bran, ‘so, what should I do if we start to roll off the side of the hill?’ I know it’s bad when he doesn’t just laugh-but laughs and then answers me seriously with tips on how I might escape if we rolled off the side.  We survived, having felt we won some sort of invisible patch for making it through such a ridiculous journey. Next time we’ll go the long way on a paved road, or take the boat, or fly!!!!  The good part in all of this was we did discover one thing: people say Haitians have cut down 98% of their forest for fuel-charcoal-and you can tell. But we did discover where that last 2% was, and man, oh man, it is amazing. 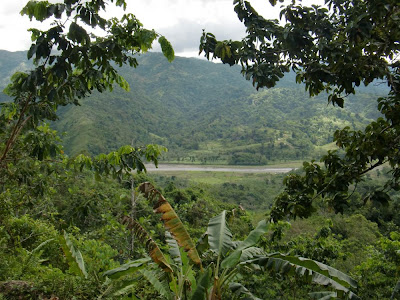 This is where the hidden 2% of forest is.. it was breathtaking!! 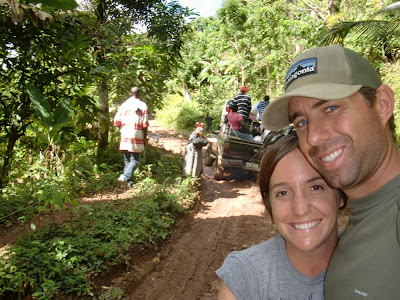 Waiting for the truck to climb the mountain while we walked.. 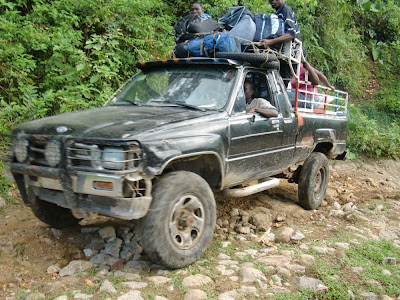 I took this picture for my brother-now that is true off roadin'! With just an ordinary toyota! 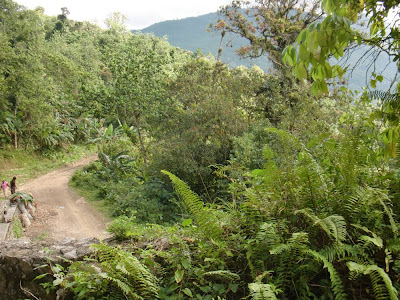 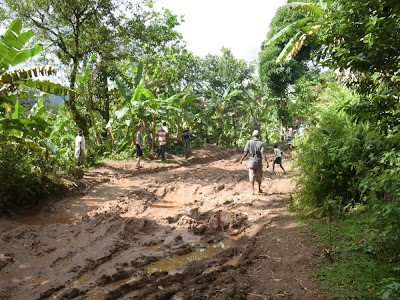 Another time walking..can you see me? I'm the only white girl.. 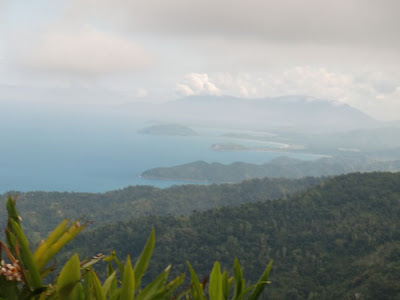 Breathtaking views around each corner !

One thought on “The perilous journey we took to Cape Haitian”