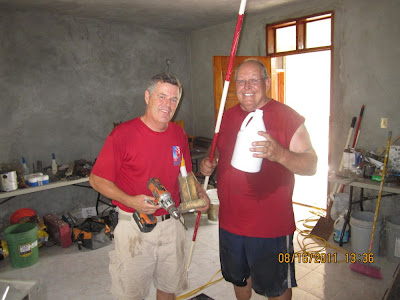 Bob and Jo in the tool room-working on their last project-a floating flag so we can know when the tanks on top of the roof are empty. 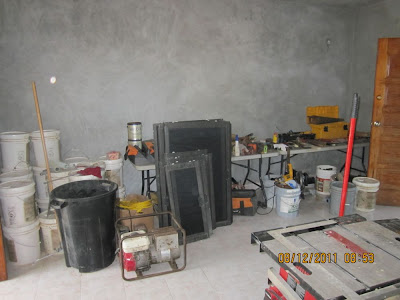 Every man's dream...right here in Haiti ! 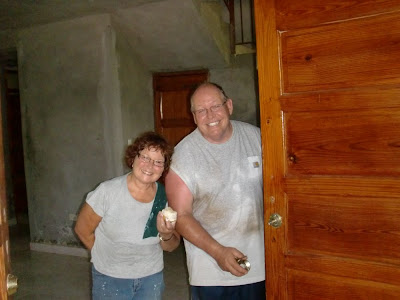 Aren't they so cute? Sweating away together! 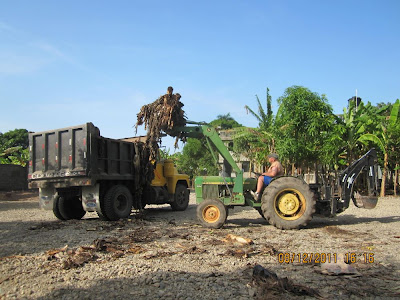 I think he did that so many times that he filled about five entire truck load full of green waste! Don't worry, there are still tons of trees left. 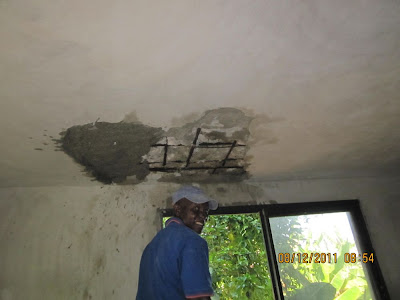 Don't be alarmed, it's just some rebar poking through-totally normal. 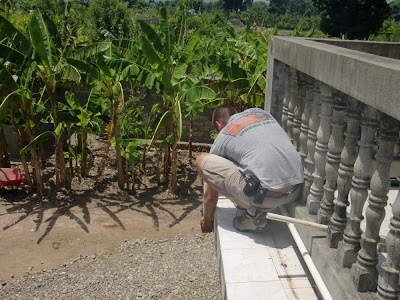 There is a benefit to having almost all your plumbing running outside-easy to get to and fix! 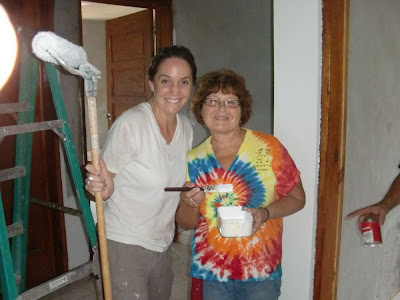 We made a great team-she trimmed and I painted. I was so thankful to have her-she worked so hard, and never complained! Even when we were buried in a bathroom or closet with no breeze and sweat dripping into our paint!! 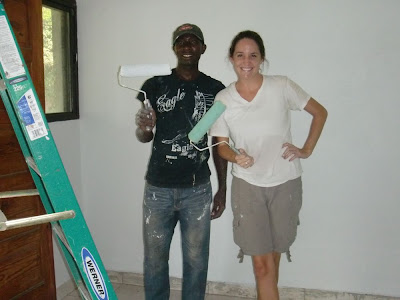 The second day we got smart and hired Claude to help us-he was so good! And, thankfully, he did all the ceilings!! 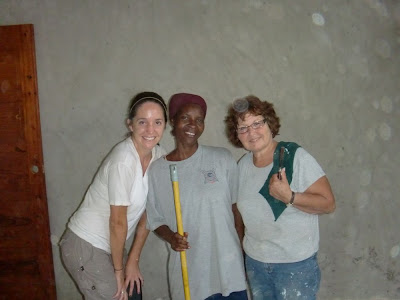 Juana came to help us clean..ya ! 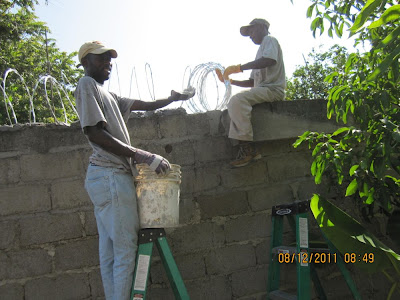 Nothing says "welcome!" like some good ol' barbed wire. 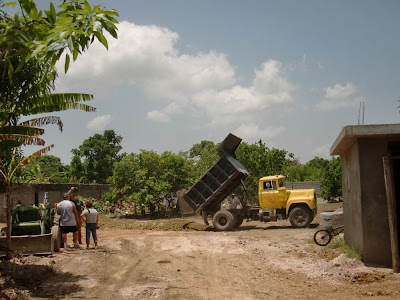 I think we had 10 loads of rock-we needed to level out the area where we're going to set the containers-to keep it dry when it rains. 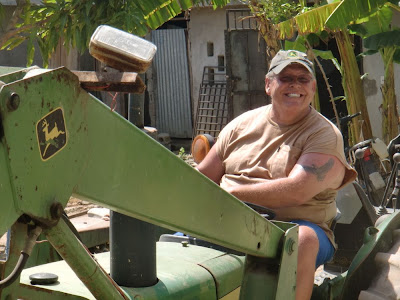 Jo. Cracks me up. At one point, he had to stop driving the tractor cause the black steering wheel was too hot to even touch. Yes, it is that hot here now!! 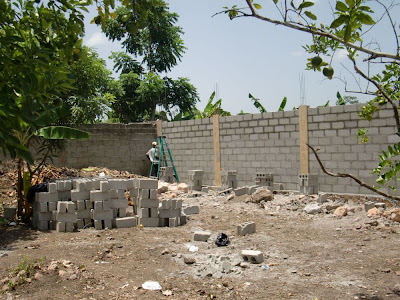 The entire back wall was broken and leaning, so a Haitian crew fixed it up-in just two weeks! 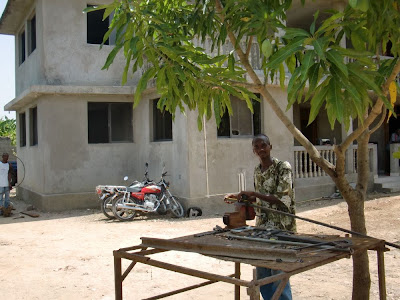