Brandon surfed in Haiti. This is a monumental thing that I need to document. It has only happened twice now. First time? We saw waves that he might actually be able to surf, and was so overcome with joy and childlike giddiness, that he chose to ignore what looked like tons of sea urchins thinking he could skim right over them, but in fact, he did not. His souvenir for his first time surfing in Haiti? About 25 black dots stuck in his feet, and about 10 in his hands. It was just plain sad. I feel terrible, and I’m not even personally the one being thwarted! Yes I am the wife, who for our entire dating and married life, has followed him on many wild goose chases down bumpy, wild, and tiny roads to just the possibility of surf. Some trips are short, more often they are hours, following the faint notion or hope that surf may be at the final destination.

But either way I really can’t complain. If there is no surf? We hang out at a great deserted beach. If on the slight off chance there is surf, he is off to spend hours alone enjoying God’s creation the best way he knows how. And and I am,well, still on a beautiful beach.

So when we went to the beach last week with Brent and Letitia, even though the waves weren’t great, or really even good, it was satisfying to see him out doing what he loves. And I think we both let out a deep sigh… all is well and normal with the world again…Brandon is surfing and I’m enjoying the beach. 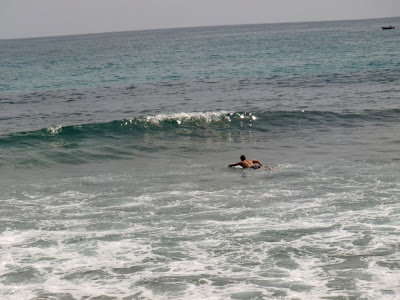 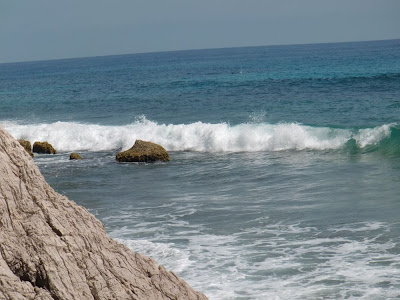 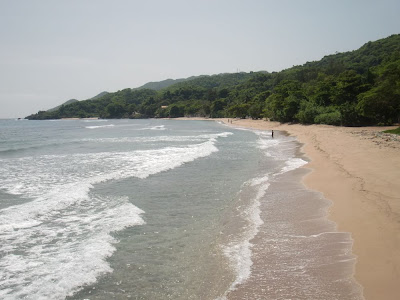 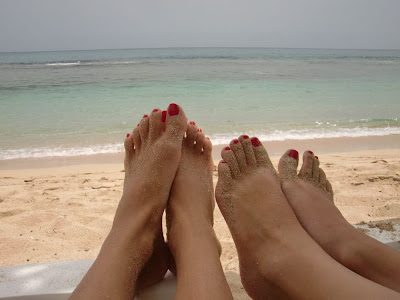 Me and Letitia hanging out soaking up the sunshine! AND drinking cappuccino!! The only place to find a cappuccino that we have found!! 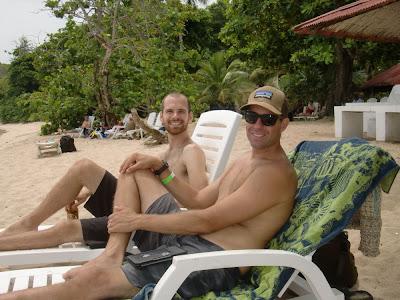