I just love ’em. I am not sure what it is, or why I like them so much.There usually are not presents involved, it’s more so just celebrating the fact that your birthday is coming back around again. I have a few favorites I can think of. One was a pool party (and yes I was in my early twenties) with my girlfriends and another friend whose half birthday is close to mine. Hello! This is a dream come true for a girl born in February, because I was always jealous of the kids that go to have their birthday parties at the beach, or pool, or somewhere fun outside. Another favorite was while we were out celebrating my mother-in-laws birthday (her real birthday is a day after my half) so she told the waiter it was my half birthday.  He thought it was some kind of joke, I’m sure thinking ‘who in the heck celebrates half birthdays??’But, when he brought out her free cake and ice cream he had one for me too, complete with a candle! Do I have the best mother-in-law or what?

So it was Eliana’s half birthday a few days ago. I had to hold back since I of course wanted to do a million fun things for her! But since she isn’t eating anything but mush these days, any kind of food was out. So I settled for a little photo shoot. A true half birthday, the best half birthday celebration there is. 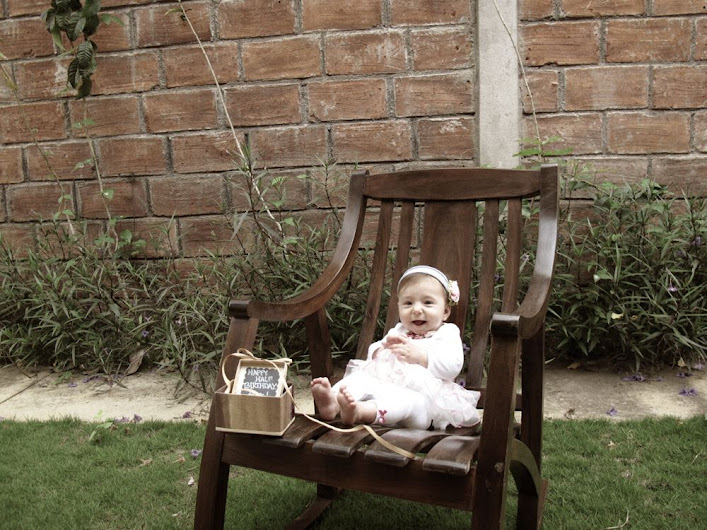 Isn’t she just too cute in her tutu?? 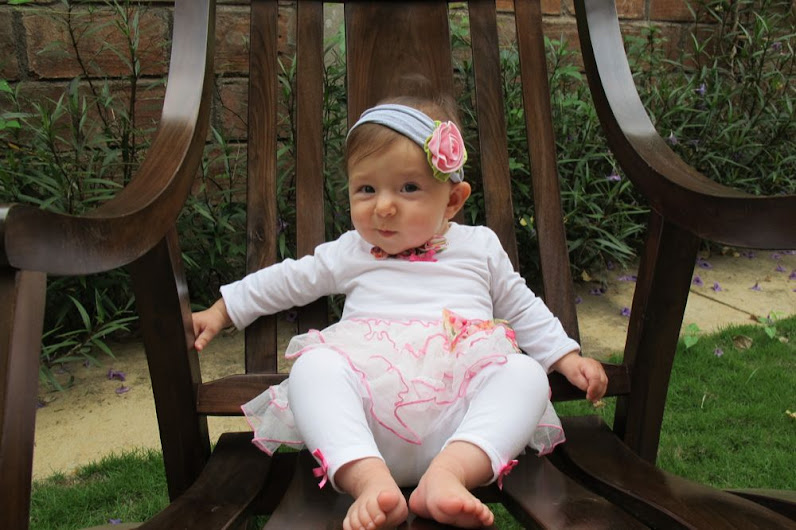 She is making the best faces these days, and I happened to catch this one on camera 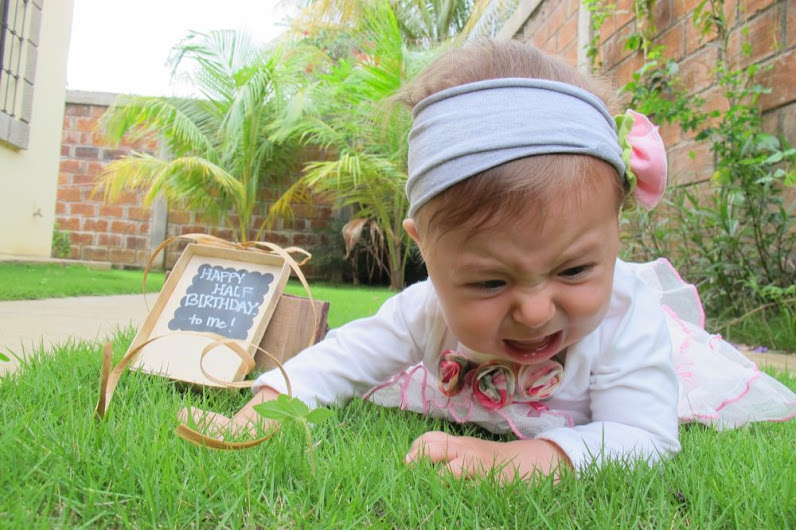 5 thoughts on “Half birthdays.”