Seeing as how I just love birthdays-I am a huge fan of the birthday week-so I had to make sure that happened for Brandon. He’s not so much a birthday celebrator (I just don’t understand you people) so it was a tough balancing act. I mean, you have to do up big for the big 3-0 ! But living here makes it a little harder to fun stuff, get good gifts, party party.

Don’t worry I had some help. First, we had a team here and they packed in all sorts of goodies to help us celebrate. A little bird (aka Janet who came on a trip just a week before them-photos still to come-I’m so behind having been sick with Maleria!!) had me write up a ‘wish list’ of stuff for this team to bring in. She and another sweet girl went out and bought all sorts of things for him-candles, balloons, streamers, presents, (even a card for me to give him!!) They were so thoughtful, and it made it so fun to be able to spoil him on his special day! 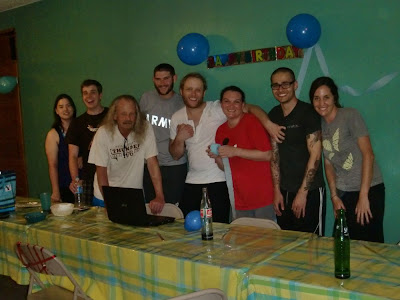 Some peeps from the team helped me decorate...we had so much fun! Left to Right: Alice, Brenden, Norm, Brett, Nick, Dawn,Greg and me. 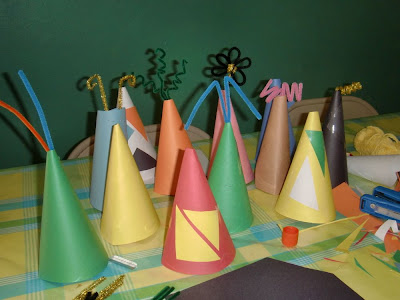 I made birthday hats! It was SO fun! Janet left supplies (well, for kids actually) but I used a few to make birthday hats-who knew pipe cleaners were so fun!?

He started the day off with some homemade cinnamon rolls. And yes everyone sang to him which was awesome. 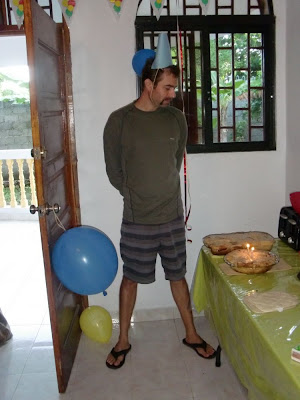 Isn't he so cute in his birthday hat??

Manette got in on the fun too. I told her it was his birthday and she had some surprises of her own! One was a special fruit salad that has some authentic Haitian flavor to it! 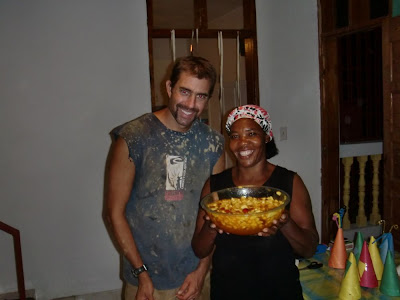 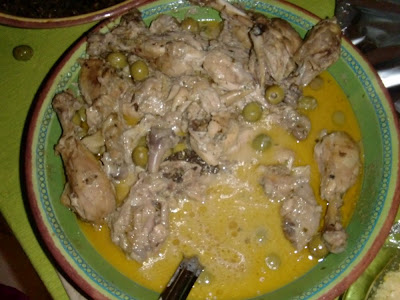 And Manette made this amazing chicken in a white wine sauce with green olives! It was so tasty, and SO special!! 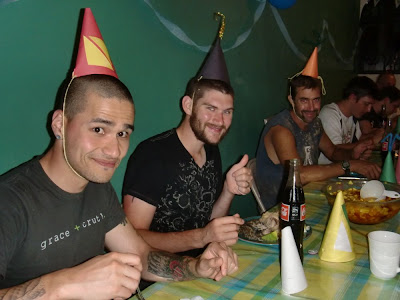 It was a hit! How cute are they with their hats?? Greg, Brett and Brandon 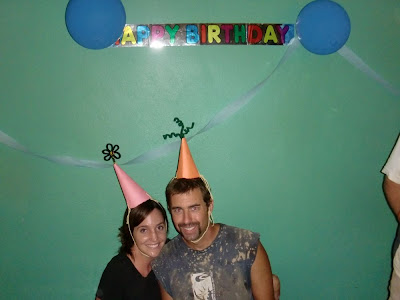 Poor birthday boy had to work all day-and was forced to celebrate without even getting a shower in! Isn't he so cute though??? 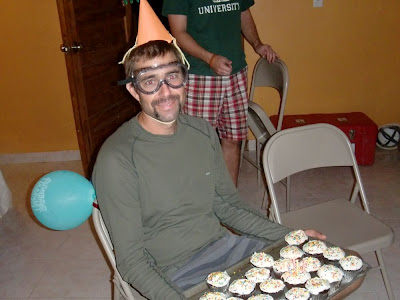 Cupcakes for dessert-and he put those silly goggles on for protection! Ya know.. 30 candles creates quite the flame !!

And, more photos from the last team, this team, and all in between! I’m back, not sick anymore and malaria is hopefully gone forever.. so watch out, here come the blogs!!