We met a woman on one of the teams, Janet, that came to visit last fall. She actually volunteers for the church Liquid Church-the church that donated money for the rig and two teams came to visit last fall- and she is super sweet. Well, turned out she was coming back to the area on a cruise with her husband, and wanted to pop in and say hello. It worked out pretty good, since Brandon’s parents are visiting, and we made a morning of it.

It was pretty hilarious too, since mom and dad came and visited Haiti almost a year and a half ago, on a cruise ship that stopped  at Labadee. We joked with them then, how they had technically visited Haiti, but not really. And only now do they understand what that really means!  While there certainly are lovely beaches in Haiti, Labadee is a little peninsula that the cruise line owns. This means there are cabanas, and ocean toys, and huts where you can buy any mixed drink you can imagine. That isn’t exactly how it goes outside of there, which is why it’s funny when that is the image people have of Haiti.

Anyway, back to Janet. When she knew she was coming, she was on a mission. Not just to try and navigate her way through the security of Labadee in order to meet us and set sail for our own private beach -since we are not allowed on Labadee-but she also wanted to bring us stuff! And not just any stuff-things for the guesthouse, a friends infant care center, and us personally. So she told all her church friends, and they rallied around her to collect things like Pedalite, tylnelol, and tasty goodies for us.

So we hung out on the beach with mom and dad, and Janet and her husband. It was so fun to see her again and catch up! And the bag she brought was so loaded down with goodies she could hardly carry it. It was so heavy since she packed away like 8 huge Pedialites. We already gave those to our friends who run an infant care center, and they are so thankful for them!! (Not to mention we are so pumped to have Clorox wipes and wheat thins!) 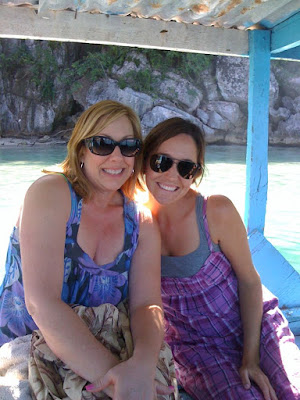 Mom and me on the boat ride to next cove over. 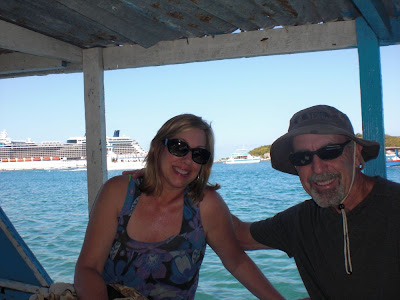 Mom and dad on the little boat-with the huge cruise ship in the background! 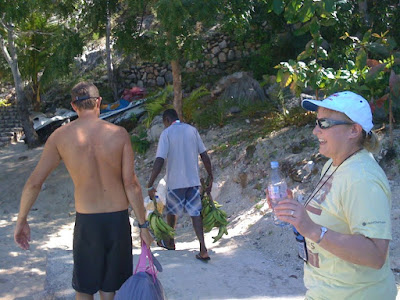 Janet passing off the goodies to Brandon! 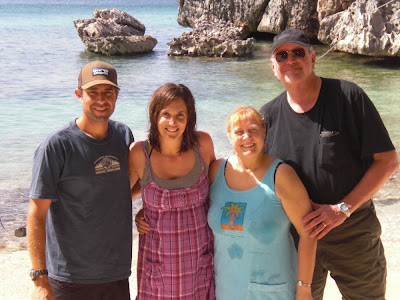 Hanging out on the beach ! 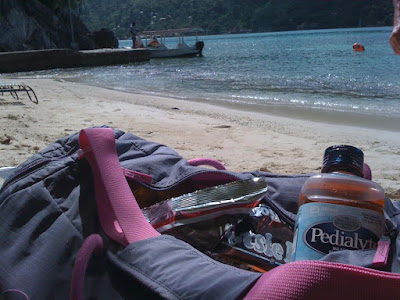 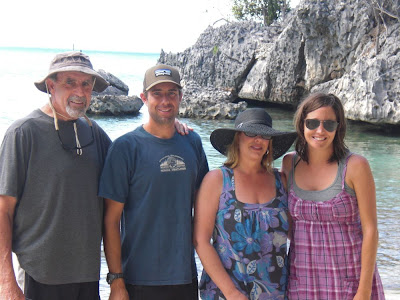 With mom and dad too-so fun! 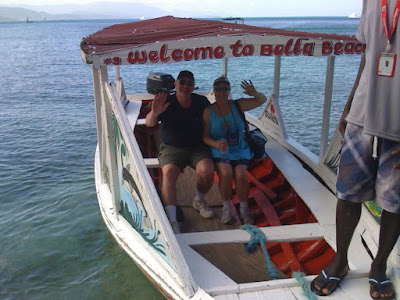 And then we had to say goodbye...