Here are the photos, like promised, from the well that we drilled for Kids Alive. This was done by the team from Austin Texas, a very sweet group who did such a great job drilling, interacting with the kids and community, and loving on those around them. The ladies who led some Bible stories were so prepared, which made my life so much easier, not to mention all the fun we had together! 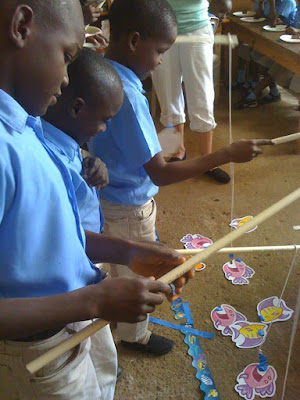 The kids practicing real fishing after hearing about the story of Jesus calling the first disc plies who were fishermen-they loved it!! 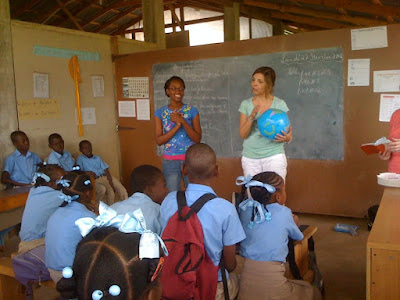 One lady from the team, Louis, brought a blow up globe to show the kids where they were from, and where Haiti was on the map, of course they were super interested in that! 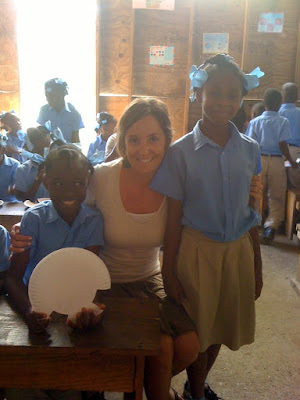 Meet the Jessica's! A popular name in Haiti-and this one class had two girls named Jessica! 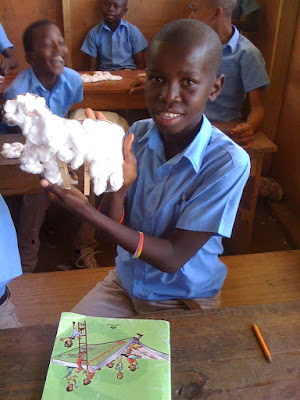 They even made sheep one day to go along with another Bible story. 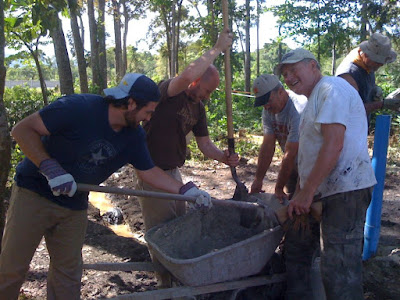 The guys working on the rig 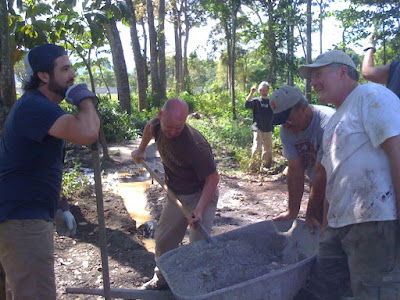 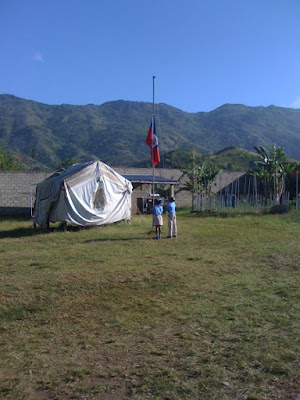 Loved this. Every morning the kids had a small ceremony where they sang the Haitian National Anthem and prayed together. 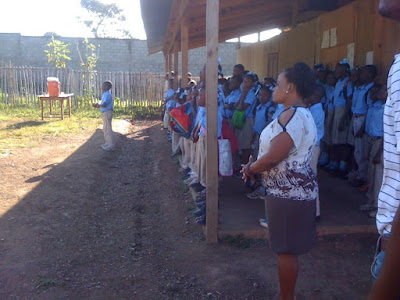 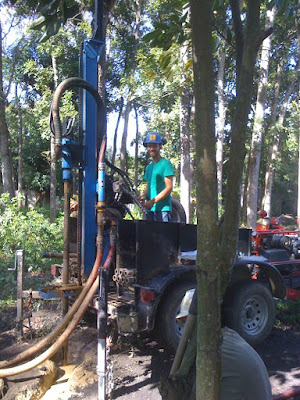 Of course some of the Kids Alive folks wanted to test out the rig-Brent had fun checking everything out. 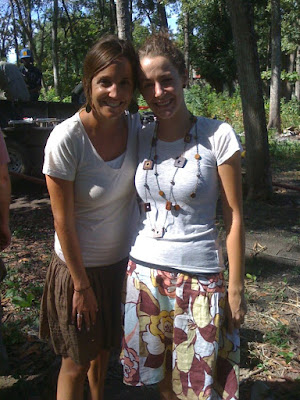 Me and Leticia (Brent's wife). She is adorable, they work for Kids Alive International 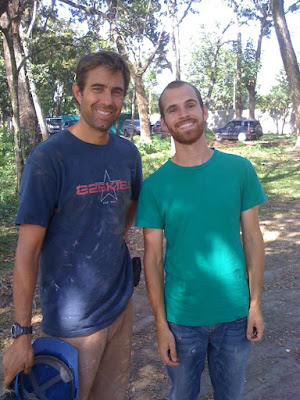 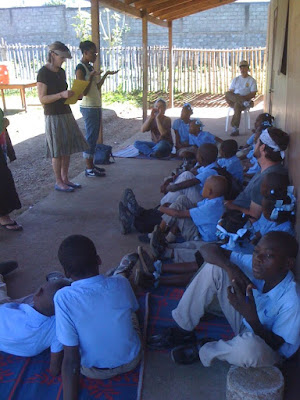 More Bible story time-and outside too. It worked well since it's a typical Haitian school where the class rooms are divided but so close together that you hear a lot from the other classes. 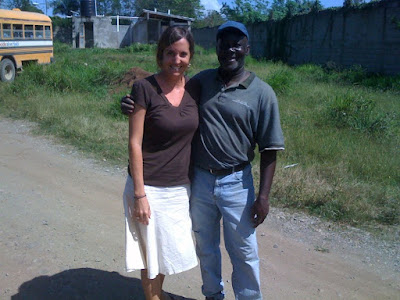 This is Beni. He too works for Kids Alive. I loved getting to know him during the week-he is like the grounds keeper guy-and I was asking all about his beautiful garden (I'm so jealous of people who plant things and they actually grow!!) and a few days later he gave me some of his beautiful carrots-what a gem! 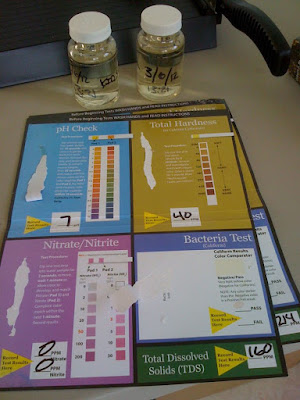 Just thought you might like to see this. These are our water test kits. They test for bacteria, nitrate, nitrite, PH level, and total dissolved solids, and total hardness. They are great. And KIds Alive tested good-as all the wells we drill do-YAY!

One thought on “A new well for Kids Alive”