Check it out. Our first week in Nicaragua, we were out down town at night (I know right, we can go out past dark around here and it’s totally safe!!) and saw this bus thing. It had no roof, and the seats were up top, like a double decker. And, and, it had Christmas lights strung on the top and all around it too. I turned to Brandon and said, ” I have to ride one of those before we leave Nicaragua”.

We did it last night-why waste time? We were having ice cream ( I know right, ice cream shops are on almost every corner!) We were out socializing with the team that is here drilling a well. It’s strange to not be hosting teams, and to just show up here and there to say hello. It’s kinda nice though, because we get to hang out, socialize, and have fun-without having to do any of the planning or logistics! So we stopped by to say hello and meet some LWI staff that was there with the team from Houston. And after they all went back to the hotel, we were sitting there chatting with Les (A staff member) and the bus stopped right there. I looked at Brandon and he knew what I wanted-so we asked Les where it goes and he said just all around the city in a large loop. We jumped up, he said he would join us since he hadn’t been on one since he was nine! Off we went. I felt like like a giddy little girl, loving every minute. They were playing Christmas music and everyone was laughing and having so much fun. I imagined we were Christmas light looking, even though there aren’t too many houses with lights. A lot of people have trees inside their homes, but not too many outdoor lights going on.

The bus is called Bus Pelon (which apparently means Bald Bus). It made a few stops-one being at a fair type thing. Brandon joked asking if I wanted to get off-a joke because I can’t stand carnival rides-they freak me out-so there is no way you could get me on one of those babies in the third world. Nope.

We had a great time, loving the wind blowing in your face and getting a high view of the streets we are just getting to know. Thanks Bus Pelon, for the tour of your quirky, interesting, historical, and fascinating little city called Leon. 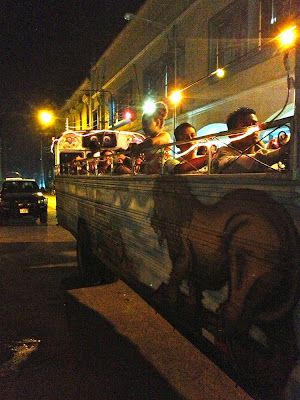 THE Bus Pelo in all her glory 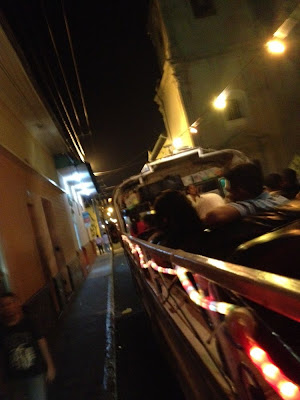 The view from my seat 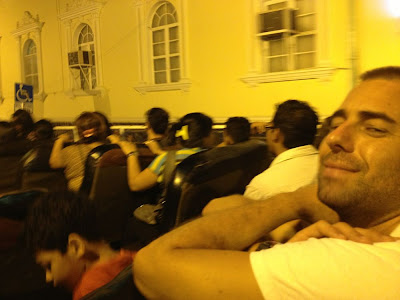 My husband enjoying himself !! 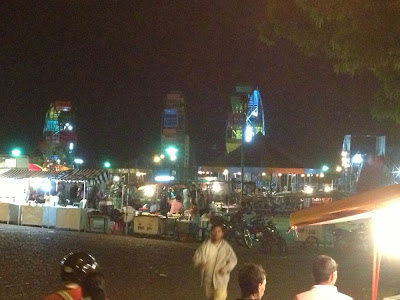 The cute little fair-not sure if it’s a holiday thing, or here all year?