There’s something extra fun and special about having your mom come and visit when you have a new baby. I know we are in love with this baby girl, but these grandparents I would have to say are right up there too, overflowing with love and excitement to match our own!

Of course we wanted to take her out and show her Nicaragua. But two weeks out I wasn’t feeling up to the task of actually leaving the house, and I have to admit the thought of taking our infant daughter anywhere really was terrifying. People here love babies (well, I guess that is everywhere) but they also love to touch them too! The social do’s and don’ts are different here, so I figured keeping her inside for a while was the best thing. So Grammy’s first few days were spent inside our house with us, which she of course didn’t mind since the whole reason she was there was to love on her grand-baby!

Here are some highlights from the first week we had together. We did get out some…Eliana’s first big outing was actually going to the beach. I thought that was appropriate considering! Brandon was actually judging a surf contest that a friend, Stu, had put on with a few other local guys. He did such a great job, and his purpose wasn’t just to have a surf contest-but to have an event for both locals and visitors, and he also wanted to use the opportunity to share the gospel. It was so great! Here we were as they were setting up,and before they started Stu prayed over the contest. Then he had someone come up and share a few minutes the sweet Gospel of Jesus! I loved it! It was just a few minutes, but if you ask me it sent a powerful message. And it let people see, in action, the love of Christ through the guys that put on this contest. Good stuff. 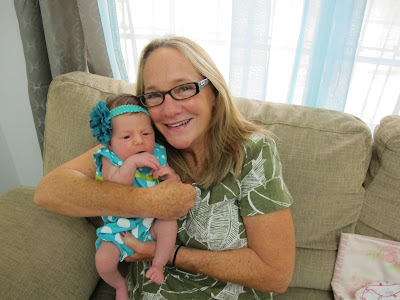 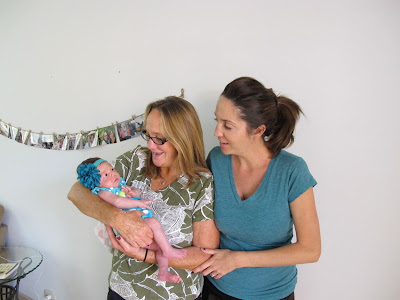 This sneaky shot by Brandon really sums up the two weeks my mom was here-staring at Eliana!! 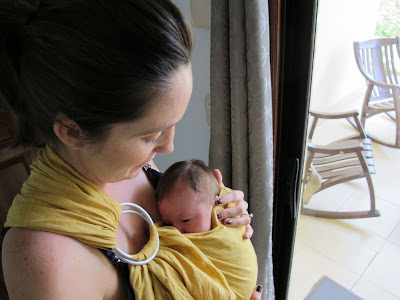 Her first day in the sling-she screamed her head off-but now she loves it! 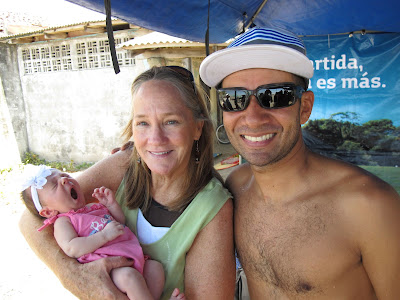 My mom and Stu at the surf contest 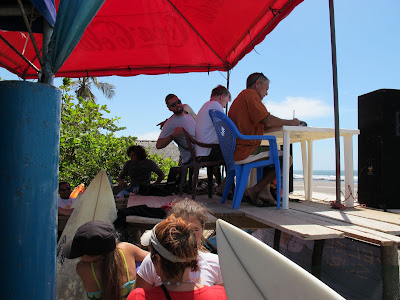 Brandon judging the contest-which he said was actually a lot of work! But he totally enjoyed every minute! 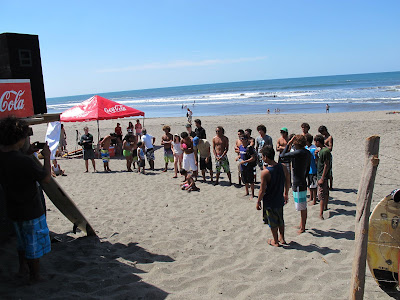 Some of the contestants listening to the Good News. There were about 40 that participated! 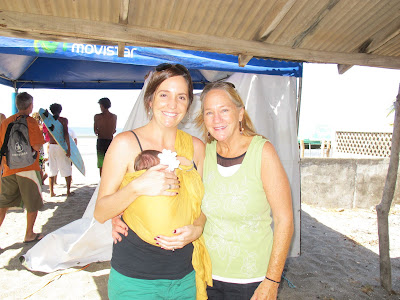 Mom loved the beach, it was just like at home but the water is much warmer!! Almost 85 degrees!!! 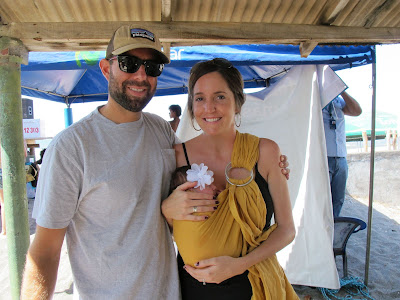 A fun family day at the beach 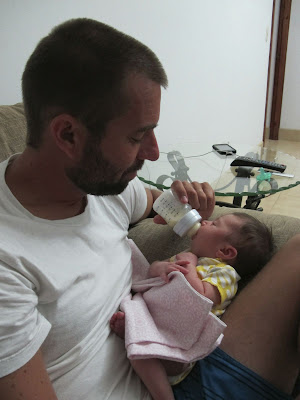 Brandon giving Eliana her first bottle. They both did a great job! 🙂 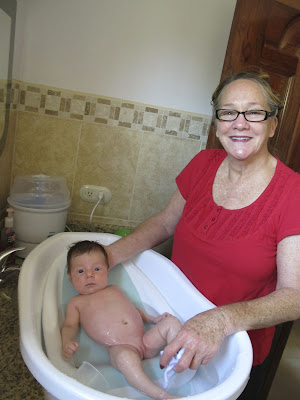 Bath time!! I don’t know who enjoyed it more!! 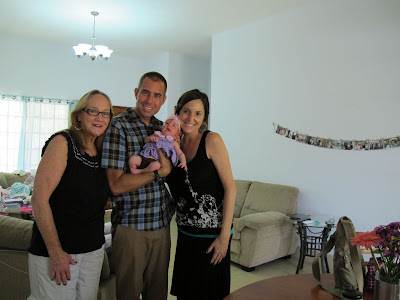 Off to church! We wanted to take my mom to our church, so we just went a little late since the music is pretty stinkin’ loud!! 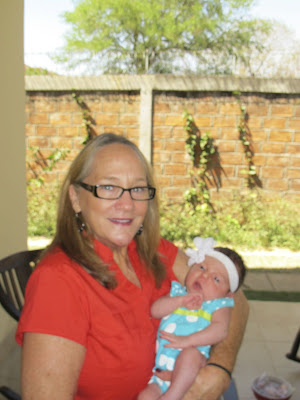 Hanging out with Grammy on the back porch. 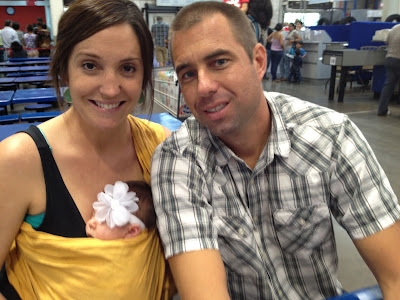 Went to Pricemart-aka costco-it’s in Managua so it’s a treat to got! My mom was amazed at similar it was to Costco, and we simply love it! It’s pathetic, but I just enjoy strolling up and down the isles. All the large quantities and excess reminds me fondly of the good ol’ US of A ! Brings a tear to my eye! 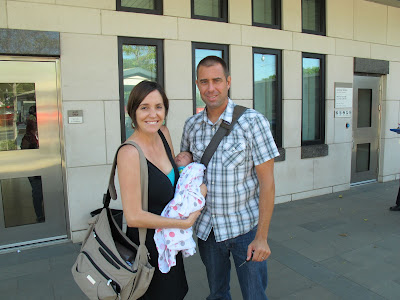 This was a big day, and big outing! In front of the US embassy-where we had to go and get her US birth certificate! Yay!

6 thoughts on “My mom here for a visit!”