We made some great friends in Port de Paix. There was a school right across from where we used to live, and there we more than a dozen Americans living there teaching. We got to know them over the last year, and God very much provided community for us with them. They were so open and inviting to us the day we moved in, and we loved getting to know them over the last year or so. The fun part is, they all had this past week off school, for Carnival, or Mardi Gras. Side note: Carnival is a crazy time in Haiti. It’s basically a lot of parties, drinking, dressing up in masks and strange things, and parading around in the streets. The guys in masks are called chaloskas. They are imitating, in a negative way, military officers from the 1900s who were oppressive and cruel towards Haitians. It has been going on every Sunday for the last two months, with the final parties being this last Monday and Tuesday. It’s roots go back to voodoo, although I can’t say for sure if everyone celebrating are indeed satan worshipers. Although, most Haitians who call themselves Christians do not participate in it.  However, it’s generally a good time to not be out on the road, or in downtown. We just made sure we didn’t go out at night, which we normally don’t anyway. A few drunkin  parades made their way past us Monday and Tuesday, but didn’t stop for long. I think it’s totally creepy regardless of if they are doing anything voodoo, cause they dress up in nasty masks, attach fake bushes to themselves, and taunt and torment anyone they encounter along the way! I did want to take some pictures for you all, but didn’t want to give in the hype, hysteria and attention either. Nor did I want them to see me cause who knows what kind of bad attention I would have got!! So, you’ll just have to use your imagination on this one!

Anyway, a few of those friends from Sonlight came up to Cap Haitian to vacation! They stayed at a beautiful beach about an hour from us, so we met them there for the day. They are such sweet people, and it was so fun to see them! We hung out at the beach, had some great food, and enjoyed visiting with them. We feel spoiled since we got to see them after having just left.. it’s going to be so hard not to see all those delightful friends we have made!! 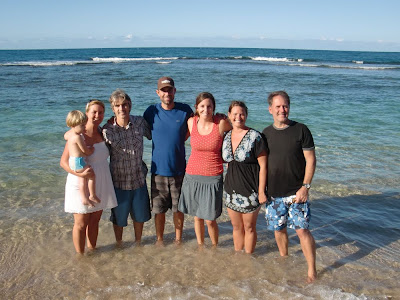 The whole gang at Cormier Plage. Chase, Cara, Thom, Brandon, me, Lindsay, Scott (their two boys who were taking the pictures!!) 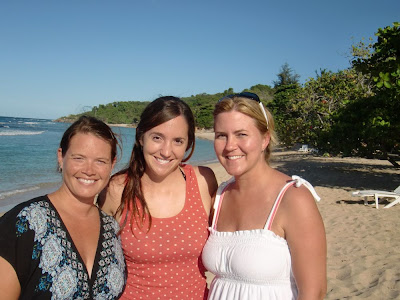 The ladies! Lindsay, me, Cara 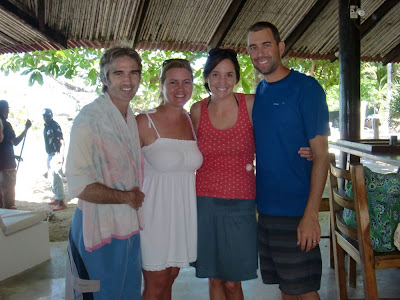 Thom, Cara, Brandon, and me. We ate lunch at the hotel. They had great food, it was right on the beach, and so beautiful! It felt like a whole different world!! 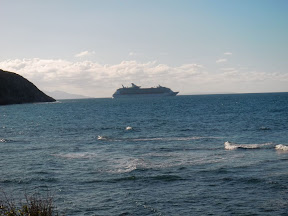 Speaking of a whole different world..as we left a floating city blew past us from Labadee-a strange mix of emotions seeing something that looked familiar-and yet so extravagant compared to this island!