Since I’m a huge fan of the birthday week, I thought there is no way I could not do the birthday week for Brandon’s big 30. It is a little tough though, since he’s not a huge fan of birthdays in the first place. But I can’t support that. For his sake, over the years I have toned down some of my birthday hype. Well, the mutual agreement we reached was I will play down his birthday as long as he still plays mine up! It seemed like a fair trade off really. We both wanted to enact how we felt about birthdays on each other (aren’t we so guilty of that? Doing for others what we want… even if someone else really doesn’t want it! I mean, this could be the case where the phrase, “do unto others as you would do unto yourself” doesn’t really apply. Side note: hence why there are so many books about love in marriage, love languages, and all that. We tend to love our spouses the way we want to be loved, when really we need to learn how to love them and show them love the way want too. But as it pertains to birthdays, we’ve agreed to disagree and celebrate them accordingly.

Except for this year.

I mean, it’s 30 for goodness sake. That is huge. Three decades. We are children from the 80’s. That alone just sounds old. And so, as I set up our house for another birthday celebration, Brandon wandered into the room shaking his head at my strange obsession with birthdays. I sternly told him, “I don’t care if you don’t like birthdays. This is 30, and we are still celebrating. Our friends are coming over, we will have food and fun, and you will like it!” He laughed, rolled his eyes, and ended up enjoying every minute of the second birthday celebration! And the best part-seeing the absurd presents our friends came up with! Necessity is the mother of invention, and the gifts that some people gave were hilarious! 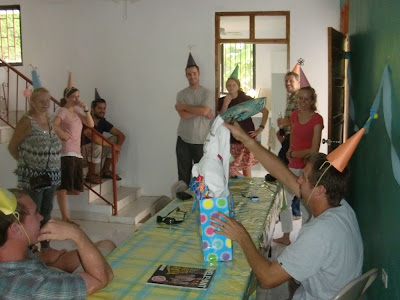 Everyone watching-and trying not to laugh-as he opens his first present. 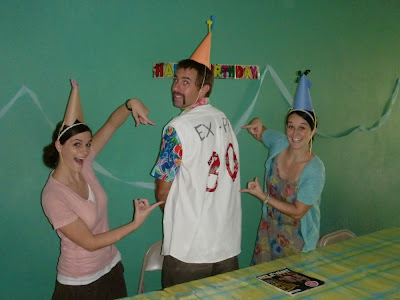 Jillian and Tabitha had this shirt made for Brandon.. how awesome is that ???? 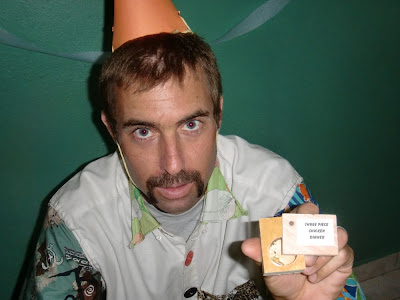 Dan got Brandon this little box-it says, "three piece chicken dinner" on the outside-and inside has three kernels of corn! hahaha 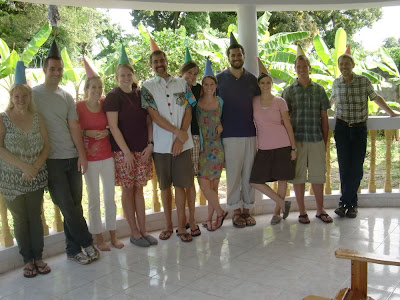 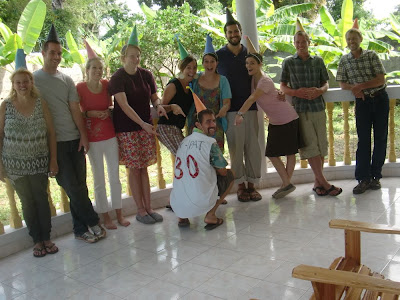 We had way too much fun embarrassing Brandon in that shirt! 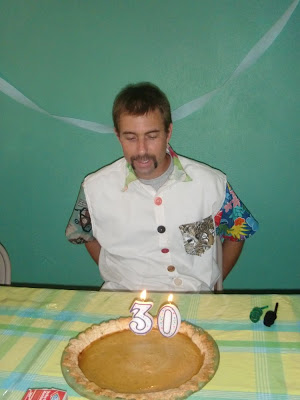 I even made his favorite-pumpkin pie-for dessert. The last team we had brought in all the fixings so I could make his favorite-even two glass pie dishes!! So sweet-and Brandon was SO happy to have his grandma's pumpkin pie for his birthday. (even though my crust wasn't quite as perfect as hers!!)

And our families were able to get a few packages to him for his birthday too! He was so surprised that they sent stuff just for him, for his birthday!  The good and bad news too, is since getting stuff here can sometimes take a very long time…I think this birthday week could be extended to a birthday month since a little bird told me there are more packages from family on the way!! I’m all for continued celebrations! 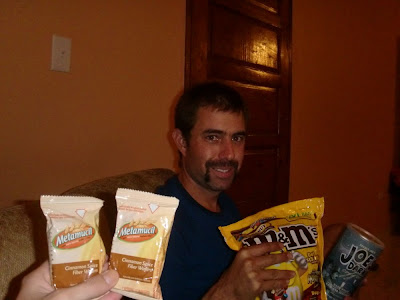 My mom put together a package from our family and even some friends from our old growth group got in on it too!! They all signed a card, sent a gift certificate so he can get more books, and sent some of Brandon's favorite tasty treats. (And Brandon got a good laugh when he saw the Metamucil by brother stuffed in there-ya know, when you get old you have to watch that fiber!) 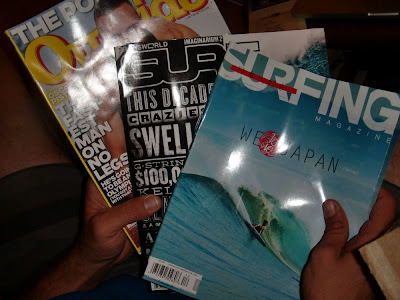 They even sent all his favorite magazines too!! 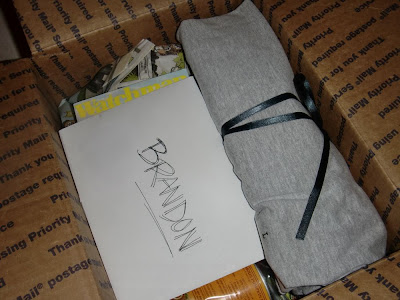 My sister, being a fellow birthday lover, sent some fun goodies too. She spoiled him with some music, a new Tshirt (his are so trashed!!) goodies, and other fun things.

LOVE birthday celebrations!! A huge thank you to all of you who sent stuff, packed stuff, used your checked bag to bring in birthday stuff. All of it made Brandon feel so loved and special on his big day!