The first Liquid Church team was actually the first team to be drilling with the rig. And it was fun to go to the same church/school every day because we got to know the kids, and the kids got to know the team too. The week wasn’t without its challenges though, and halfway through the week the rig broke. Something overheated and a gadget was blown. My handy dandy fix it husband fixed the necessary pieces, but it still wouldn’t work. We prayed over it, slept on it, asked people for more prayer…and the next day we showed back up to the drill site, started the engines up, and it worked perfectly. To God alone be the glory on that one!!!

So the team was able to finish up drilling, but that meant that we lost a whole day. That, coupled with the fact that we were drilling through some tough formations and rock, and it took longer than we anticipated to get the hole drilled. That just meant that the New Jersey team gave up their last day, which was supposed to be a fun cultural day, to finish things up.  The good part was, we found water and were able to set up everything so this school could have a new well. And an unforeseen cool thing? The next team that came-just one week later (also from Liquid Church) and so they finished up the well and had the dedication ceremony! It was pretty awesome to see one team finish up the work from the other team.

Here are some more photos of the rest of the week: 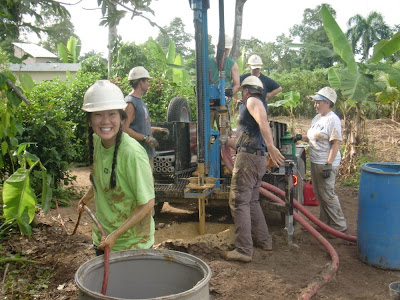 Esther and the rest of the team busy working 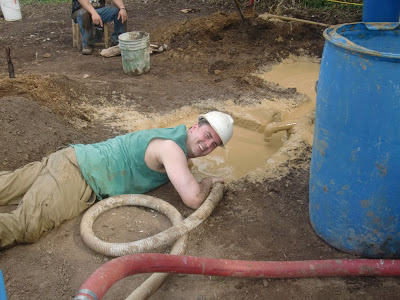 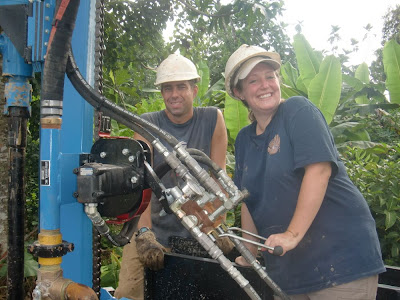 Brandon is such a patient teacher-letting each team member take a turn to learn the the nobs and nozzles! Rebecca was pretty good at it! 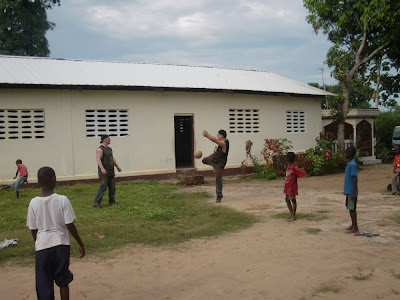 Tom going ninja as he plays soccer with the kids. Soccer is everything to Haitian kids, and when we come and play with them, they just love it. Well, they mostly love making fun of the Americans who can't keep up with them! 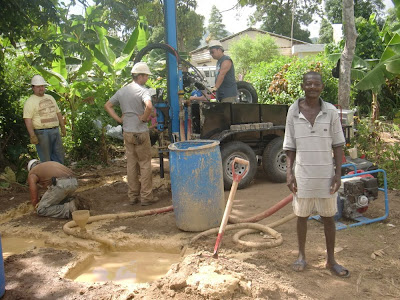 This sweet older man dug both of the holes we needed for drilling.