The well dedication was today. It seemed extra special, since it was also our anniversary! We celebrated NINE years of marriage, and it was fun and different to be doing something like that on our anniversary. In addition, we had another celebration to get to. Do you remember the well we drilled for Kids Alive? They are an organization committed to raising abandoned and/or at risk children in something like foster care homes with Haitian parents. Well, we drilled a well for them a few months ago, because they were planning to open a few group homes for their children on new property. And they finally did! So we stopped there for the huge celebration, which was so cool to be a part of. We loved seeing the completion of two of the estimated eight homes what will be built on this new property. It was an evening of joy and celebration indeed!

I suppose if I was a good missionary, I would say that it was the best anniversary ever because of this. But, we didn’t really get any alone time, or time to reflect on the commitment we made nine years ago. However, we schedule one of our breaks/vacation around this time intentionally, and so were still able to take some much needed time off from Haiti, and celebrate our anniversary too.

We headed off to Turks and Caicos! It was amazing. We’ve wanted to go for some time now, and considering we are the closest in distance we’ll ever be, and the plane ride was only 40 minutes-we did it. Here are some photos because you won’t even believe the unreal color of the ocean and sand. It was delightful to take a much needed break from Haiti, and to celebrate our anniversary in such a special and unique way! And you know I have a tendency to go overboard with the photos, so I will just post my favorite one from each day! 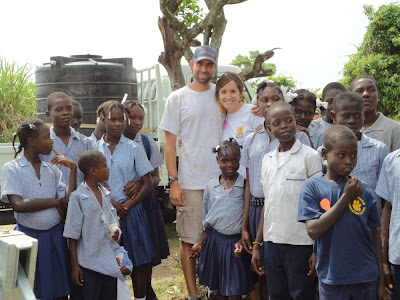 Our actual anniversary-at the well dedication. 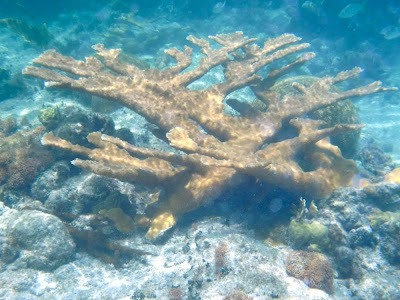 The first day- amazed by the beautiful and bright coral. And the fact that you can see it so well because the water is SO clear. 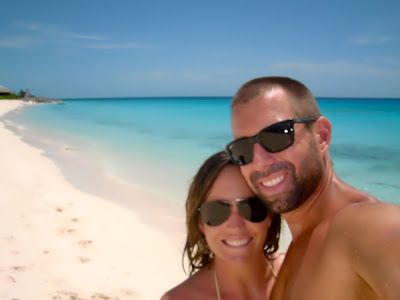 The oh so amazing teal water found at every single beach.

Okay-some background to this beach…we do love to explore. And so we followed a beachy, sandy random road even though we were driving a ghetto Geo tracker that was spotted fushia with no tire tread let alone the 4×4 we need to drive in sand. It’s what you do when you visit T&C on a budget! So of course we got stuck driving on this soft sand. At one point (during the one of three times we got stuck in the sand) I had this funny out of body experience where I floated above us, to then look down at us. And I couldn’t stop laughing! It was like one of those Amazing Race moments, where the couple is trying so hard to accomplish a task, but they can’t, and mostly because they aren’t  communicating effectively. He’s pushing the car while yelling at me to ‘feather it’. Of course I know what feather it means, but not really in relation to gas and sitting in sand. So I managed to bury one tire. My suggestion was then he gases while I push-Ha. Turns out I’m not as strong as I’d like to think I am. Well, I finally did learn the gas-less is more when you are stuck in sand. Basically, all we needed were two of Brandon, and we would have been unstuck in no time! So after we got through it-spent some time cooling off and relaxing at that amazing beach-it was time to  turn around. Our strategy was just to drive-quickly. Brandon is a great at driving on the sand-something like 12 years experience or so-but when you don’t have four wheel drive, or a helpful partner, it kind of limits your abilities to get unstuck. So, I took getting back very, very seriously. He took off at a decent speed, and we made it through the two places we had previously gotten stuck. We approached the last area, marked by dug out pits and boards lying around. He got through most of it, but as we slowed down I knew we weren’t going to make it. So-I sprung into action-literally. I opened my car door and rolled out. Okay, okay, more like I opened my door and jumped out, we weren’t going that fast anymore, and I moved to the back of the Geo and started pushing. I pushed us through as Brandon kept driving, and we made it! When he hit a grassy spot, he stopped, turned around and gave me a look that told me it was one of his prouder moments as my husband. I of course chuckled, and then played it off like I am just that amazing, and I was simply doing  my duty as the passenger. 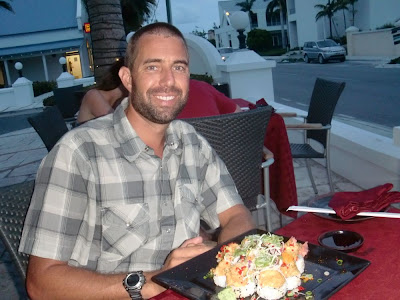 One night was sushi-Brandon was so so so happy.!! 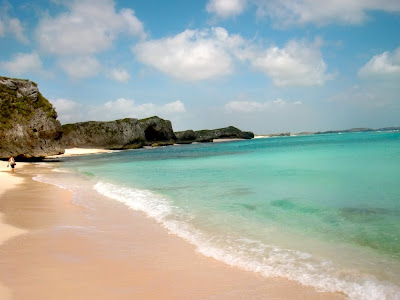 On Middle Caicos. The most amazing beach we’d both ever seen, and we had it all to ourselves. 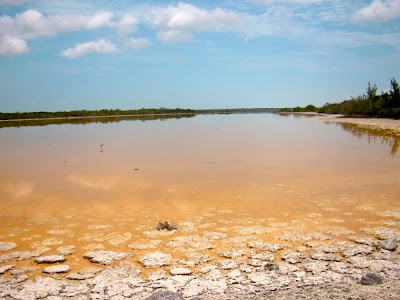 One day we took a ferry to North and Middle Caicos, and went exploring. Among some of what we found were these strange looking crater type lakes. This one was called pumpkin lake-and you can see why. It was so odd!! 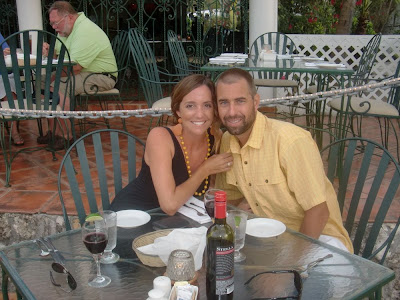 Another yummy dinner out-we enjoyed going out to restaurants and eating food we miss! This was tasty Italian right on the water. 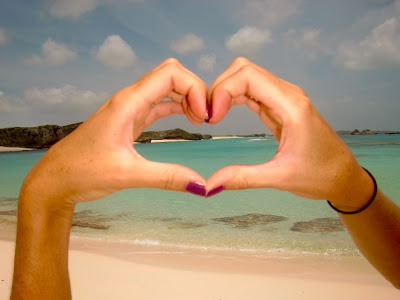 We loved those T&C beaches !!

3 thoughts on “Our Anniversary.”