For New Years we went right down the street to our neighbors house! I met this girl through a random sequence of events, and we’ve have become friends quickly! We didn’t even know we were neighbors when we first started talking, and it was so fun to figure out we lived right down the street from each other!! So she invited us to celebrate New Years with her family -she has three adorable boys- and a few other friends of theirs. I wasn’t sure if I could make it to New Years, this old lady and her pregnant self are usually fast asleep by ten-even sometimes nine!!  We just hung out and visited and when it was time to count down, the whole country did so with explosives! It was terrifying! Me and ElMary-the woman whose house we were at, hid behind the door. I don’t know, something doesn’t seem right when small children and drunk people are lighting things on fire… sounds like a great way to loose a limb or an eye! In fact, the fireworks were so loud and intense, that we had to wait about twenty minutes after New Years to even think about walking back home, since we didn’t really want to be impailed with a firecracker! Here we thought we were doing the safe thing by not driving on New Years-which is the safer thing in the States- only to find we would have been safer if we drove the car for protection! haha. We just waited a little while and then walked home. 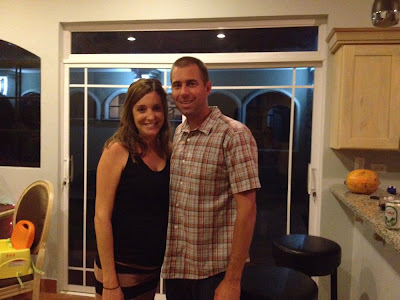 Another tradition here is making fake/stuffed people. At first we didn’t get it, and finally had a kid on the street explain to us what was going on. It’s a joke. Kids and adults make these fake people, with some kind of illness or sickness, and a funny little sign explaining what is wrong with them. And that, we thought, was the end of the joke. UNTIL, we found out that then, on New Years night, they take this “sick” person, and because they are sick and going to die, they stuff them full of fireworks and light them on fire!! For real!! It was both a hilarious and terrifying thought-as I imagined all those things flying through the air!